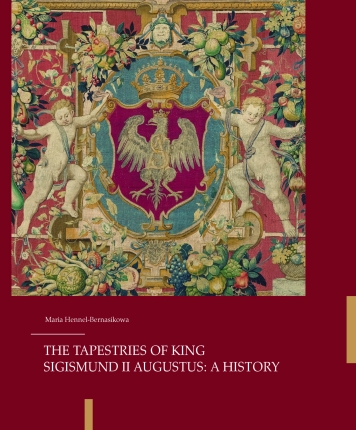 The Tapestries of Sigismund II Augustus: A History

dodaj do koszyka
This book, the first volume of the three-volume catalogue raisonné of the tapestry collection of Sigismund II Augustus of Poland, covers the 450-year history of the collection. Originally numbering 170 pieces, it was the largest-ever tapestry commission woven for a single patron. The gold-woven tapestries were produced in Brussels between 1550 and 1560. They were designed by leading tapestry cartoonists such as Michiel I Coxcie, and produced by master weavers such as Pieter van Aelst, Willem de Kempeneer, and Jan van Tieghem, to name a few.
Intimately entwined with Poland’s often turbulent history, over the centuries the collection was put up as collateral, narrowly escaped plunder during the Polish-Swedish Wars, only to be looted in the next century by Catherine the Great of Russia.Restituted under the peace treaty ending the Polish-Bolshevik War in the 1920s, it had to be evacuated to Canada during World War II to escape Nazi looting. It finally returned to Wawel for good in 1961.
This scholarly volume contextualizes Sigismund II Augustus’s collecting passions and sheds new light on a number of significant events in the history of the collection. It is the first English-language publication of this scope on the history of the tapestries of the last Jagiellon.

Paintings from the Lanckoroński Collection from the 14th through 16th Centuries