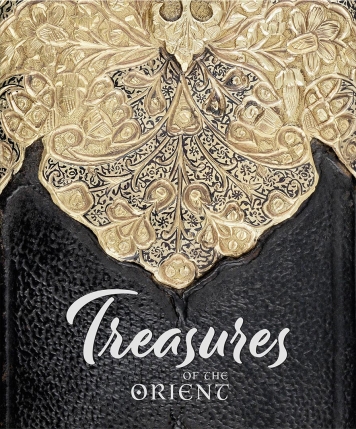 Treasures of the Orient in the Collections of Wawel Royal Castle

dodaj do koszyka
This richly-illustrated volume presents over forty splendid objects from the Wawel collection of art from the Near and Far East, including several Ottoman Turkish tents. Throughout its history, the vast Polish-Lithuanian Commonwealth had myriad contacts with the lands of Islam, and their splendid arts and crafts struck a chord with the tastes of the Poles. Through trade contacts and military conflicts magnificent carpets, silks and wall hangings, arms and armor, parade saddles, and other goods from Turkey, the Crimea, the Caucasus, and Iran filtered into the Commonwealth becoming prized and used objects in the homes of the nobility as well as the royal court. The most important is of a group of trophies captured in the Battle of Vienna (September 12, 1683) – the sweeping victory of the coalition of European armies commanded by King John III Sobieski of Poland over the Ottoman army led by Grand Vizier Kara Mustafa Pasha. The collection of East Asian porcelain is testimony to the 18th-century European fascination with China and Japan.

Netherlandish and Flemish Painting in the Collections of Wawel Royal Castle