Please note: The Castle will be CLOSED till December 27, 2020
scroll down
Co-organized by Parafia Archikatedralna św. Stanisława B. M. i św. Wacława M.

Treasures of the Piast Dynasty commemorates the seven-hundredth anniversary of the coronation of Ladislaus I the Short which took place on January 20, 1320. This event opened a new chapter in Polish history, ending once and for all the period of feudal fragmentation and ushering in the long-awaited rebirth of the Kingdom of Poland. Faced with an unstable political situation, in particular Bohemia’s pretensions to the Polish throne, Duke Ladislaus went against existing tradition and chose Cracow over Gniezno for the place of his coronation. Since then, the cathedral on Wawel Hill—site of the cult of Saint Stanislaus—has been the coronation church. With only a few exceptions, all of the kings and queens of Poland have been crowned within its walls.

According to archival sources, in the thirteenth century the royal insignia were kept in the treasury of Wawel Cathedral. Among them was the Lance of Saint Maurice that Boleslaus I the Brave had received from Holy Roman Emperor Otto III at the tomb of Saint Adalbert in Gniezno. This extraordinary relic has been preserved until today and is on view in the exhibition alongside the sword, called Szczerbiec, which was used in the coronation of Ladislaus I the Short. The crown, scepter, and royal orb that had been made for the occasion were lost in later centuries.

The anniversary of the first coronation on Wawel Hill provided the impulse to bring together splendid goldsmiths’ works and jewels from the era of Piast rule. In addition to Wawel Royal Castle and Wawel Cathedral, objects from this period have been preserved in historic churches primarily in Lesser Poland (Małopolska), Greater Poland (Wielkopolska), and Masovia (Mazowsze). The earliest objects date to the 10th century while the latest date to the 14th century. Among the most precious works is a cross made of two gold 13th-century diadems, which ranks among the preeminent accomplishments of European goldsmiths. Another greatly important group of objects is connected to Saint Kinga; they are preserved in the Convent of the Poor Clares in Stary Sącz. The presentation of the most precious jewels from the Środa Śląska treasure: a magnificent gold woman’s crown decorated with eagles and a brooch, which are housed in the National Museum in Wrocław, is an unprecedented event. Extremely fine objects donated to churches by King Casimir III the Great, the last Polish ruler of the Piast dynasty, are also on view. Shown together for the first time are chalices from Trzemeszno, Stopnica, and Kalisz. They are joined by reliquary busts of Saint Mary Magdalene from Stopnica and Saint Sigismund from Płock Cathedral. 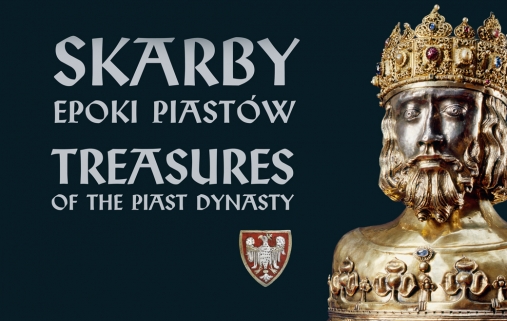 Priceless works of art, exquisite craftsmanship, material traces of the culture of the Piast dynasty. The symbolic meeting of two medieval insignia of power: the Lance of St. Maurice and Szczerbiec.

The exhibition is accompanied by a special showing of the 15th-century panel painting "Mary of Mercy," one of the most important works of the Italian master Giovanni da Gaeta.

„Mary of Mercy” is one of the most important works of the 15th-century Italian painter Giovanni da Gaeta. For scholars of the artist’s work, the Wawel panel is especially significant as it is the earliest picture accredited to him. It was painted in 1448, and is the first of his four dated paintings. The picture comes from the high altar of the church in Ardara, Sardinia. It was purchased for the Wawel collection in 1938 in Vienna. Despite the advanced deterioration of the technological layers and numerous visible areas of overpainting, a conservation intervention had not been attempted, due to the complexity and labour intensity of such an endeavour. A comprehensive conservation campaign was undertaken in 2017–2019, as part of the “Wawel – Heritage for the Future” project.
Treasures of the Piast Dynasty – selected objects. 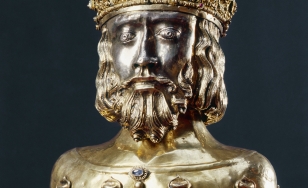 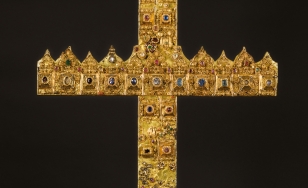 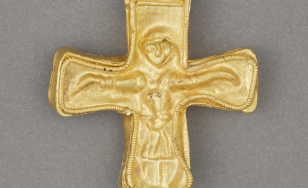 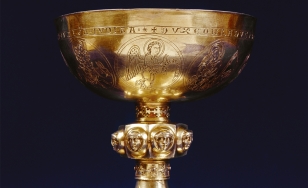 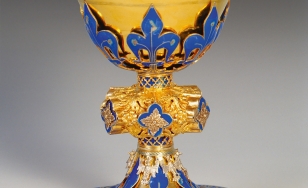 Chalice, Cracow, 1363; Kalisz, Treasury of the Collegiate Church of the Assumption of the Virgin Mary 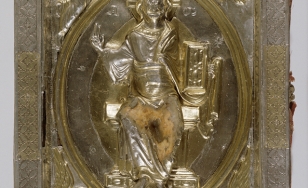 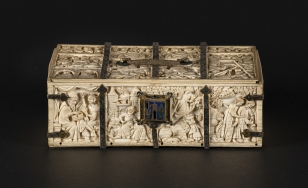 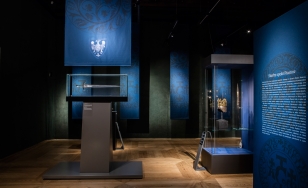 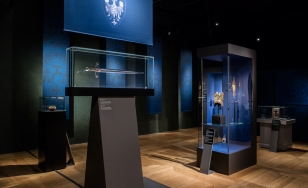 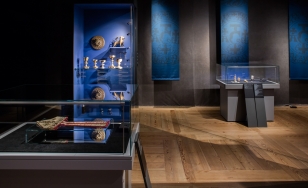 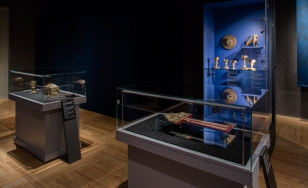 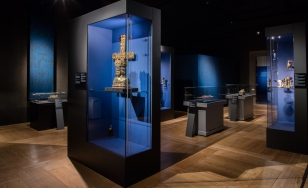 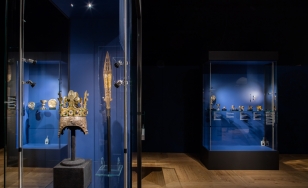 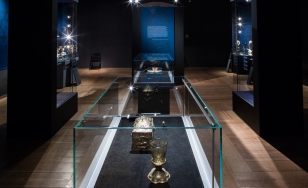 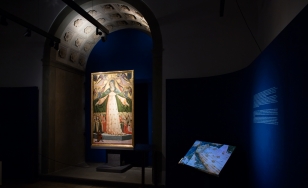 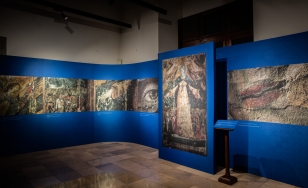