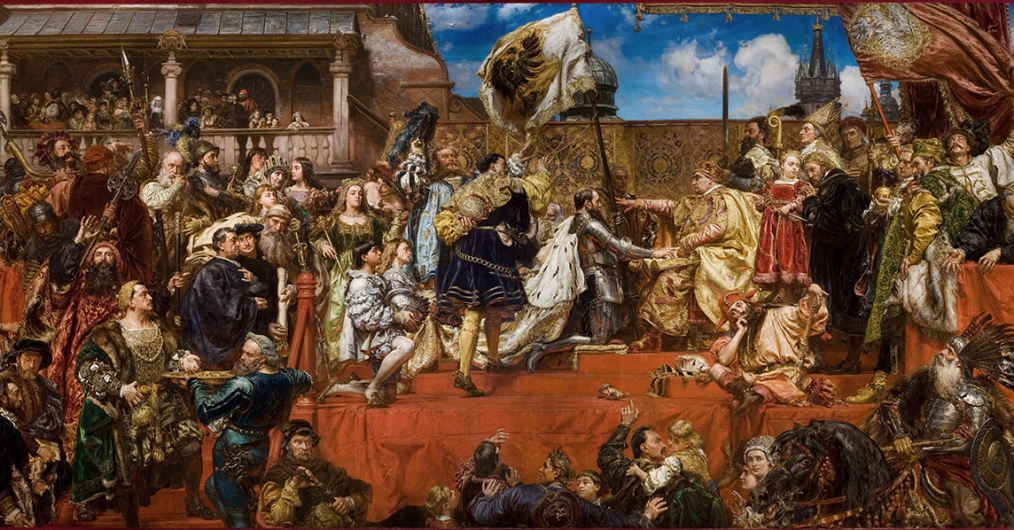 Jan Matejko "The Prussian Hommage"
Gifts have played a significant role in building the Wawel collections.
When the Wawel Royal Castle reverted to the Polish people from the Austrians in 1905, it required not only architectural restoration, but also furnishings for the devastated and empty interiors. Gifts from private individuals and institutions were crucial to at first decorating the restored royal chambers, rebuilding the treasury and the armory, and, over time, creating a valuable museum collection.

Throughout the challenging periods before Poland regained independence, during restoration of statehood, and under communist rule, donors inspired by a sense of patriotic duty presented the Wawel Royal Castle with gifts of historic ancestral heirlooms from family treasuries and, often, family art collections, or those amassed over the donor’s lifetime. Wawel’s curators also received funds for acquisitions such as, for example, priceless royal insignia found abroad. Of several hundred benefactors, Wawel’s thirty-one greatest donors are commemorated with bronze plaques in the foyer of the State Rooms exhibition.

The first name on the list is that of Jan Matejko, one of Poland’s leading 19th-century artists. In 1882, he donated his celebrated canvas The Prussian Hommage to hang in “one of the rooms of the Wawel Royal Castle, which is about to be restored.” His gift helped accelerate the process of transferring the Castle, which was then in the hands of the Austrian army, to the Polish people.

The art collections presented by Jerzy Mycielski and Leon Piniński formed the core of Wawel’s collection of paintings.

The gift of the Potockis of Olsza contributed to the assembly of one of the most important collections of Ottoman tents in the world, whilst Tadeusz Wierzejski’s bequest formed the nucleus of Poland’s premier collection of Meissen porcelain.

The most significant gift received in the latter half of the twentieth century was that of Karolina Lanckorońska, comprising nearly 600 works, including a collection of eighty-seven medieval and Renaissance Italian pictures (with a smattering of other schools), and over 200 drawings by Jacek Malczewski.
LOG IN
REGISTRATION 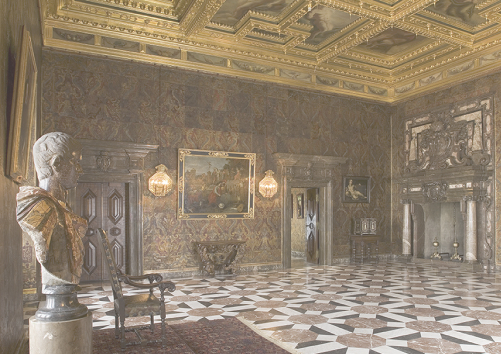 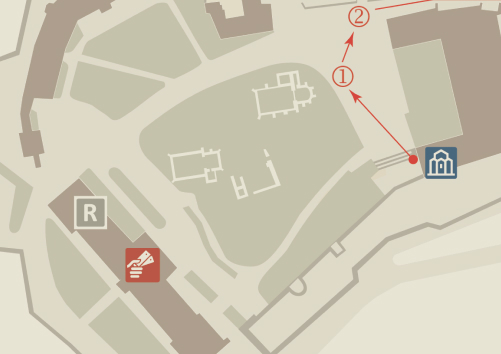