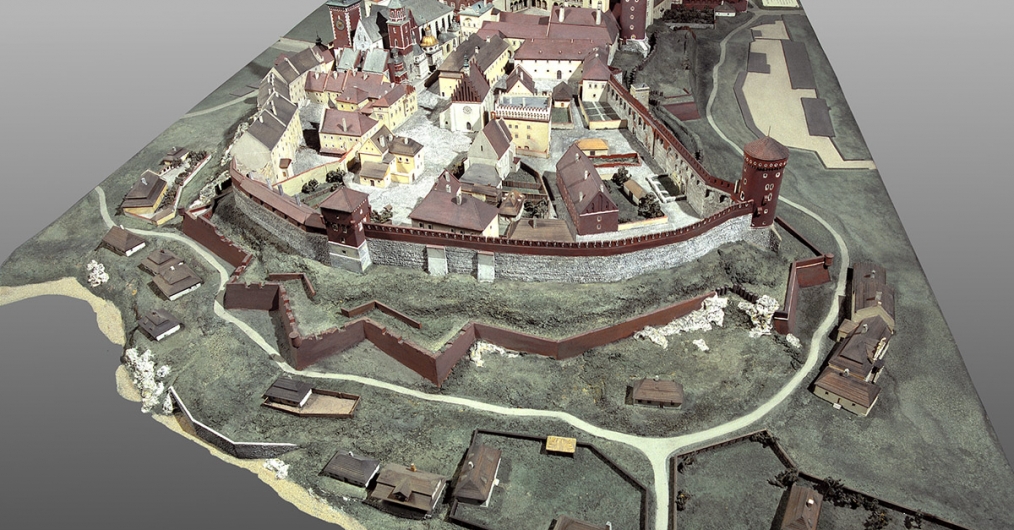 Models of Wawel Castle and a collection of plaster casts of architectural and sculptural elements from the Royal Castle and Wawel Cathedral.
Models
The first models of Wawel castle were made at the beginning of the 20th c. They presented existing buildings as well as development concepts.
The only model from that time is that of the Rotunda of the Blessed Virgin Mary (St. Felix and Adauctus) in Adolf Szyszko-Bohusz’s reconstruction (scale 1:25).
After  the Second World War several models of the whole hill were produced in the Architecture Department of the Restoration of Wawel Royal Castle, which showed the development of Wawel from Romanesque to present times. The collection includes a model presenting the buildings on the hill in the 13th c. (scale 1:400), another one at the end of the 18th c (1:200), and a model of the proposed development of the hill after the Second World War according to A. Majewski’s design (1:200). The collection also includes models of particular buildings, e.g. the Romanesque cathedral (1:100), St. Gereon’s church (1:100), the Gothic cathedral (1:100) and the psalmists’ building (1:100). Models of Renaissance stoves (scale 1:5) constitute a separate group.

Casts
A collection of plaster casts of architectural and sculptural elements from the Royal Castle and Wawel Cathedral. The oldest and the most valuable casts are those of decorations from the inside of the Sigismund Chapel – panels of shield walls, pilasters and capitals; sculpted heads from the ceiling in the Envoys’ Hall; the Jagiellon’s coats of arms, and busts of kings from their tombs in the cathedral. There are also casts of Romanesque elements, a plaited plate and a fragment of the threshold with a representation of a gryphon in the cathedral, and the capital of a column in St. Gereon’s church.
LOG IN
REGISTRATION 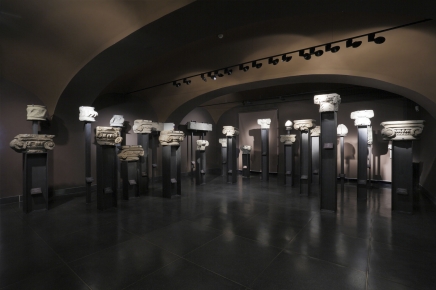