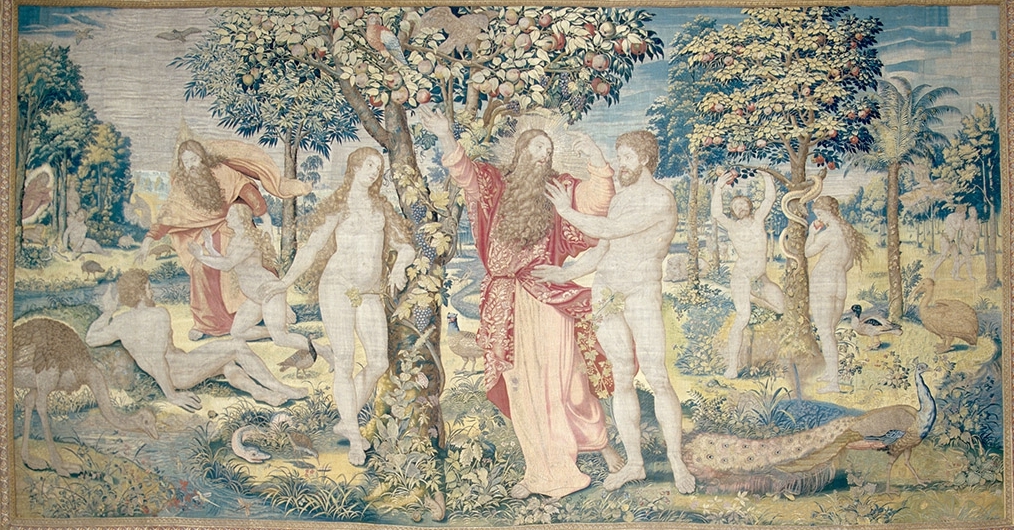 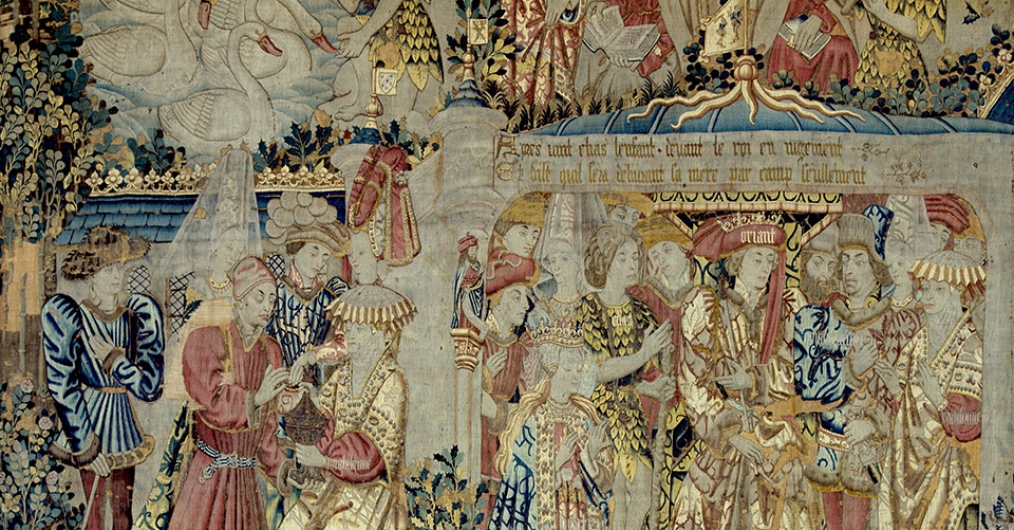 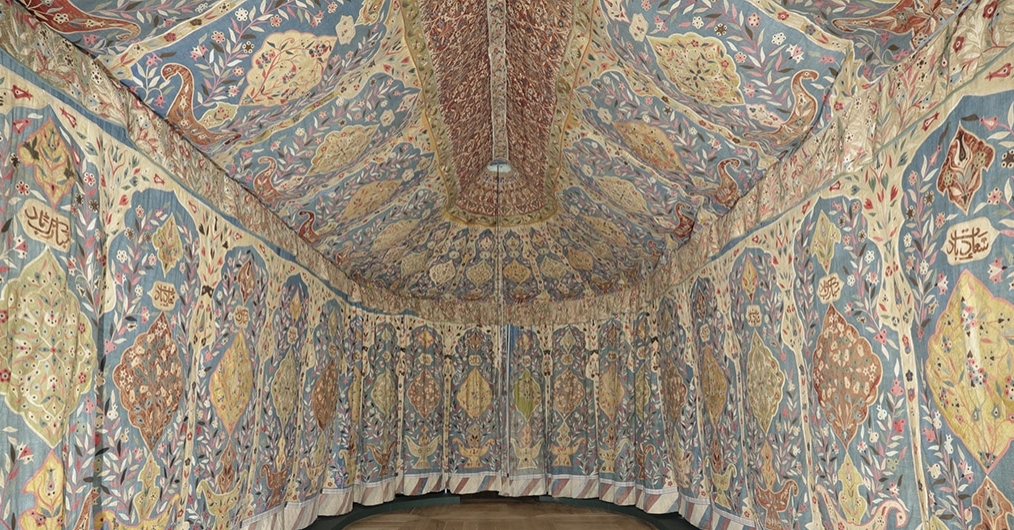 The collection of textiles, with about 730 items, is one of the most important at Wawel because of the items’
age and their connection with the royal residence.
It includes king Sigismund Augustus’s (1520-1572) tapestries, commissioned by him in Brussels in the years 1550-1560. This is the largest collection of tapestries ever commissioned by one ruler (136 items have survived, including tapestries with Biblical scenes, animals, the king’s monograms against the backdrop of ornaments (named ‘grotesque’), and with the coats of arms of Poland and Lithuania. From the end of the 16th c. the collection belonged to the nation and was part of the Royal Treasury. Looted in 1795 by the Russians, it was reclaimed in the years 1922-1924. Biblical tapestries are exhibited in rotation in the chambers on the second floor of the castle, and the tapestries with animals, as well as grotesques with monograms and coats of arms on both floors.

The collection of European tapestries from the 15th to the 18th c. consists of over 70 items. It was amassed in the interwar period and after the Second World War, and includes the gem of Burgundy textile art from around 1460 – "Story of a Knight with a Swan" tapestry, and "Decius Mus’s Death" tapestry according to P.P. Rubens, and two textiles from a series depicting the Trojan war (Brussels, c. 1660, Erasmus and Frans de Pannemaker’s workshop).

A collection of eastern tents, the largest in Europe (13 tents, including 5 complete and fragments of 8 others) includes trophies won at Vienna on 12 September 1683 by Jan III Sobieski’s troops, and also works obtained by peaceful means in the 17th and 18th c., at a time of increased contact between the Polish Republic and the countries of the Muslim orient. The East is also represented in the Wawel collection by a very valuable Persian carpet from Safavid times, known as the "Kraków-Paris carpet" (2nd quarter of the 16th c.), 17th-c. Turkish banners won at Vienna (5 items) and one from the 19th c. There is also a collection of Turkish, Caucasian and Persian carpets and wall hangings (65 items) gathered by Włodzimierz and Jerzy Kulczycki in Lvov.

A historic collection of vexiliana (50 items) includes the wife of Sigismund Augustus, Catherine of Austria’s banner from 1553, the standard of Archduke Maximilian’s Silesian troops (1587), lost by him at Byczyna, King Charles X Gustav’s pennant, won at Rudnik (1656), and standards of noblemen’s mercenary forces from the 18th c.

Among silk and embroidered textiles of royal origin there are two noteworthy items: the gown of a knight of the Order of the Holy Ghost presented to Jan III Sobieski by Louis XIV (1676), Pope’s headwear– a gift from Innocent XI to the king (1684), and a wall hanging with the coats of arms of queen Ludovica Maria Gonzaga (mid 17th c.)

Polish artistic workmanship is documented by the collection of kaftan sashes (40 items) from manufactories in Słuck, Kobyłka, Lipkowo, Grodno and Kraków; and a small collection of wall hangings (10 items) from the Potocki manufactory in Buczacz (post 1860 – 1939), and also tapestries from various centres (18th -20th c.)

Valuable items in this group are knotted tapestries from the 18th c. (5 items) from the magnate manufactories of the Potocki and Ogiński families. 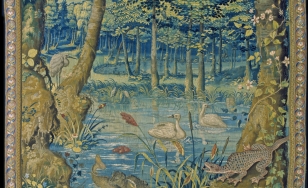 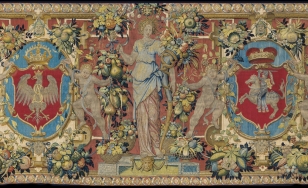 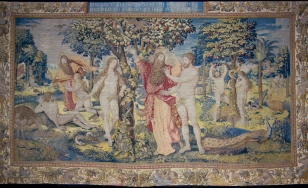 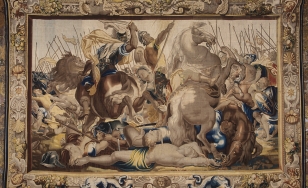 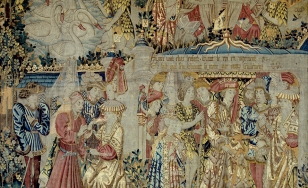 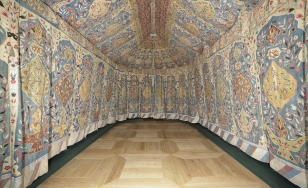 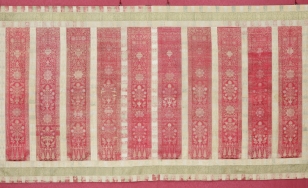 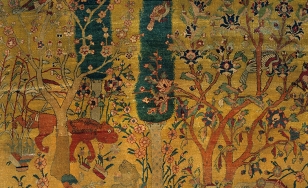 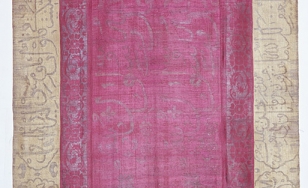 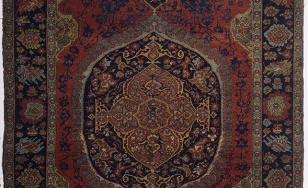 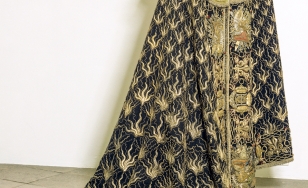 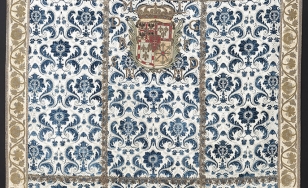