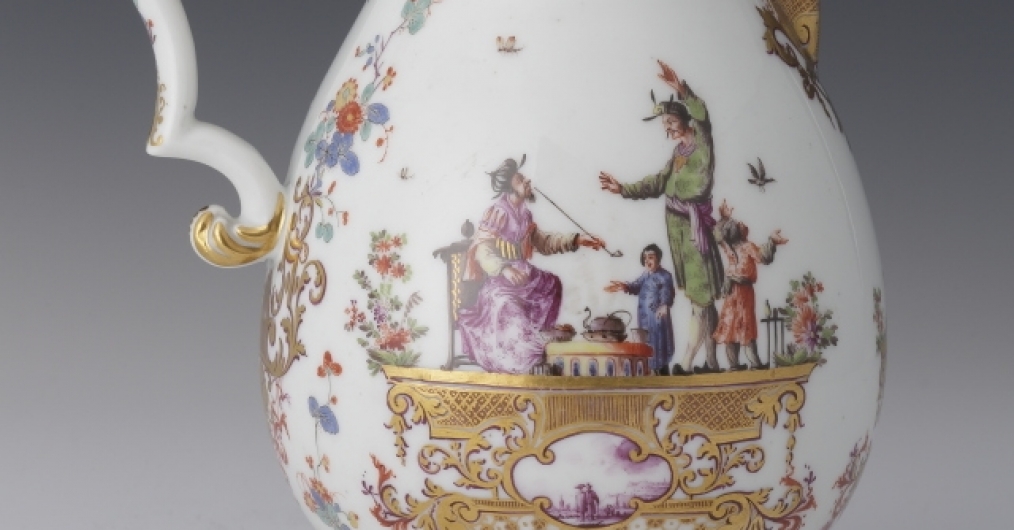 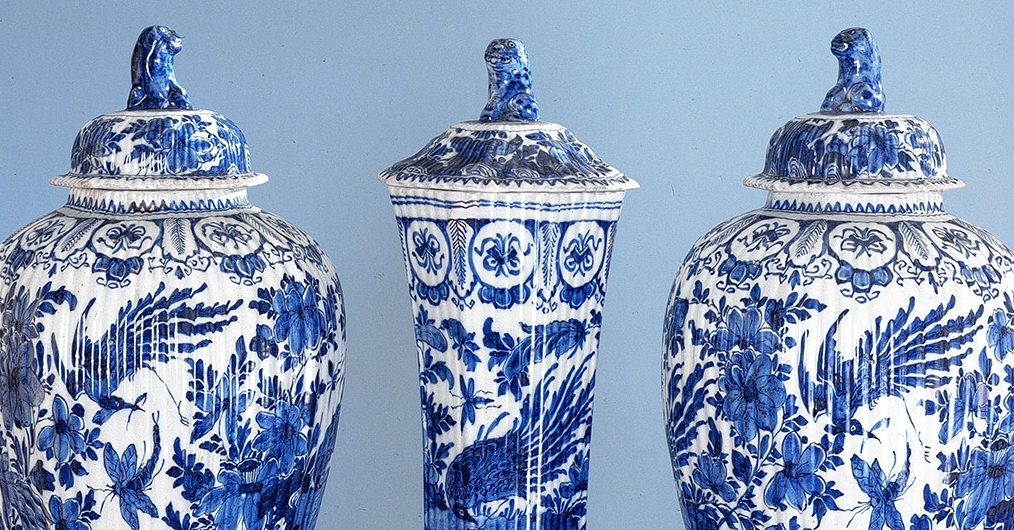 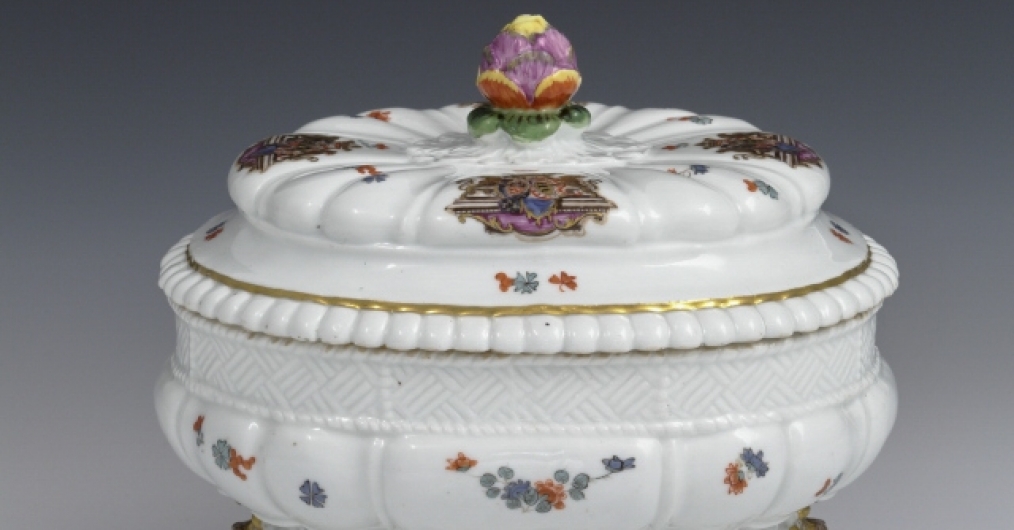 The ceramics collection, consisting of over 1400 items was created through donations and purchases.
In the interwar period in Wawel there were fewer than 40 objects from this field of artistic craftsmanship. They were predominantly Italian maiolica, bought in Russian antique shops in 1928 by the curator of Wawel museum, Marian Morelowski. Another maiolica set was purchased from a well known Viennese collector Simon Schwartz in 1938. After the Second World War the collection was expanded with further maiolica pieces and eastern and European contemporary ceramics – faience and stoneware and early Meissen and Polish porcelain.

The ceramics collection owes its present form to the great collectors who donated their collections to the Royal Castle.The Konczakowski family from Cieszyn donated chiefly European maiolica and stoneware and several exquisite glass exhibits. The most important part of the collection – Meissen porcelain, mostly from the 18th c., exhibited on the first floor of the castle, was donated by Tadeusz Wierzejski in 1966. The sculpture entitled "Golgotha" by Johann Joachim Kaendler is of particular interest. Other important donations are the two collections of Dutch faience from Delft, exhibited in the Grey Hall – one of them Tadeusz Raabe’s, a Warsaw collector’s examples, donated in 1978 by his wife, the famous actress, Tola Mankiewiczówna, and a donation from Irena Antonin Bobbé nee Szembek from 1982, which includes Delft faience and Meissen china. In 2000 Professor Karolina Lanckorońska donated four works of antique Greek ceramics to Wawel: an amphora, a cylix, a cantaros and a protoma.
In the 1960s a large and precious collection of Chinese, Japanese, Turkish and Persian ceramics was purchased from Pelagia Potocka.

The department of ceramics also contains exhibits discovered during archaeological research conducted on Wawel Hill. These include vessels and a collection of Renaissance and Baroque stove tiles. These findings allowed the reconstruction of stoves which heated the castle interiors in the 16th c. The tiles and reconstruction models can be viewed at the Lost Wawel exhibition. There are also floor tiles from Krakow cathedral.

A separate set consists of Baroque stoves standing in castle chambers, originally from Wiśniowiec Castle in Wołyń, bought and donated to Wawel by the Roman Catholic Charitable Association in St. Petersburg.

An interesting exhibit, closely related to the official function of the castle in the interwar period, is the President’s service, with glasses and table porcelain decorated with a golden Eagle. These are exhibited in President Ignacy Mościcki’s apartment. 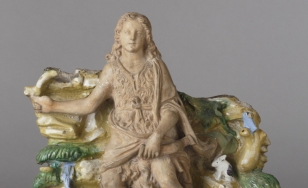 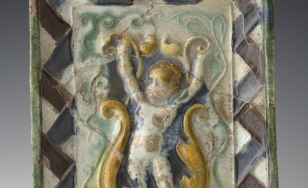 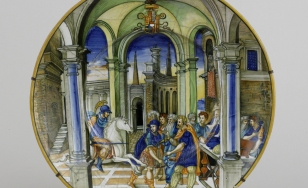 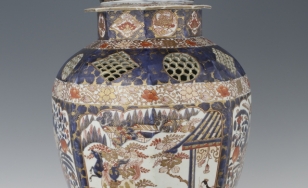 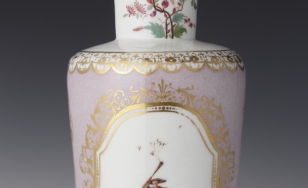 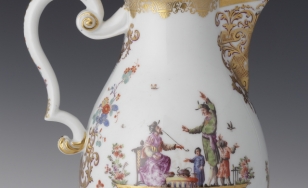 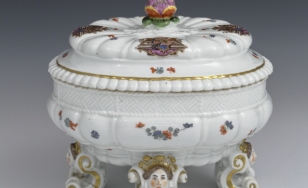 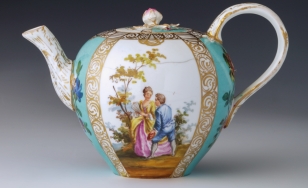 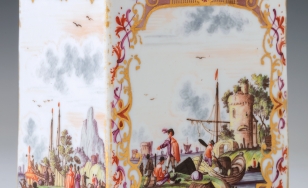 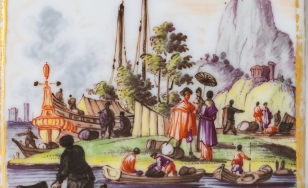 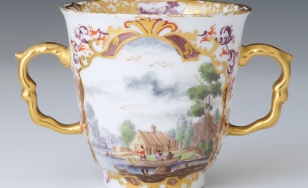 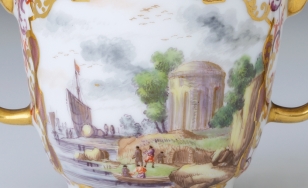 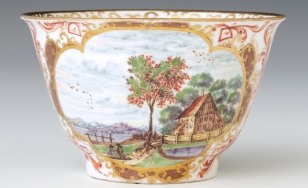 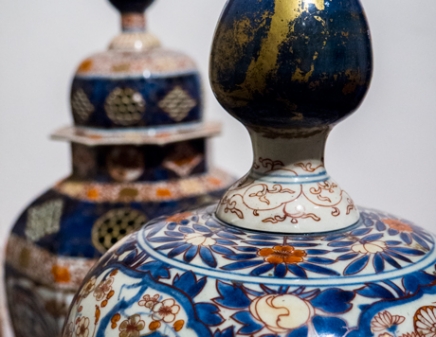