The museum collects works of art historically or artistically associated with the Wawel Royal Castle, the kings and queens of Poland, and great magnate collections.
Over the years, the aim of the museum’s acquisitions policy has been to reunite scattered historical assets and develop the collections in areas established by historically important bequests.

Commissioned by Sigismund II Augustus (r. 1548–1572), the tapestries were woven in 1550–1560 in Brussels, then the leading center for European tapestry production.
It was the largest group of tapestries ever executed as a single commission and remains one of the most significant collections of its kind in the world. Of the approximately 170 original tapestries, 138 have survived (136 are at the Wawel Castle). Among them are monumental, gold-woven figural tapestries with Biblical scenes, verdures with animals and landscapes, grotesques with the king’s monogram against an ornamental background, and a series with the coats of arms of Poland and Lithuania. In his will the king bequeathed his collection to the nation. From the end of the 16th century it was part of the Royal Treasury, but remained the subject of disagreements and squabbles over the centuries. Looted in 1795 by the Rus­sians, it was recovered in 1922–1928 on the basis of the Treaty of Riga. During World War II the collection was evacuated overland and by sea via Romania, France, and England to Canada. The tapestries returned to the Wawel Castle in 1961.

The collection comprises eighty-seven Italian paintings from the 14th through 16th centuries that were once part of the great collection of Count Karol Lanckoroński in Vienna. It includes works by such celebrated painters as Simone Martini, Dosso Dossi, Segna di Bonaventura, Bernardo Daddi among others. The collection, thought by many art historians to have been lost, survived World War II. After the fall of communism Prof. Karolina Lanckorońska, the count’s daughter and last surviving heir, gave the collection to the Royal Castles in Krakow and Warsaw. With this gift, the Wawel Castle became one of the largest repositories of Italian Renaissance paintings in Poland.

The Wawel is home to one of the largest collections of Ottoman tents in the world. These exquisitely crafted “movable palaces” were made of linen, cotton, and silk. A plain, thick weatherproofed linen outer shell protects the colorful and resplendent silk and gilt leather appliquéd decoration within. Most of the tents were captured at the Battle of Vienna in 1683 by John III Sobieski. His successor, Augustus II the Strong took the tents to Dresden, where they remained until the 1930s. In 1933, Szymon Szwarc, a Polish antiques dealer, bought back the core of the collection gave it to the fledgling Wawel museum. An early 18th-century tent was the gift of Prof. Karolina Lanckorońska.

The tents are displayed intermittently, in order to protect the already weakened fabric from air-borne pollutants and slow the process of deterioration.

The Wawel holdings of goldsmith’s work include gold and silver objects as well as gems and jewelry. It is one of the most prized collections of its kind in Poland. Precious objects, including works of art from the Radziwiłł treasury at Nieśwież (now Nesvizh), recovered from the Soviet Union after 1924 on the basis of the Treaty of Riga, formed the nub of the collection. Since then, the holdings have been systematically augmented through targeted purchases made on the international antiques market and today en­compass a representative selection from late-antique pieces through medieval gold and silver, jewelry, and ivory carvings to fine Renaissance, Mannerist, and Baroque objects. Many of them had belonged to the kings of Poland (from Casimir the Great to Stanislaus August Poniatowski) or members of the Commonwealth’s leading magnate families (Radziwiłł, Potocki, Szydłowiecki, Sapieha, Lanckoroński). Some were found in archaeological excavations on Wawel Hill. The Crown Treasury displays the most important en­semble of Old Polish silver, which includes rare surviving examples of secular vessels, and the finest collection of Nuremberg and Augsburg gold and silver in Poland.

Today, the Wawel collection of porcelain from the Royal Meissen Manufactory is the most important collections of early European porcelain in Poland. Over a period of fifty years, the collection has doubled. It includes pieces from the most celebrated 18th-century services created for King Augustus III’s ministers Aleksander Józef Sułkowski and the so-called Swan Service commissioned by Heinrich Brühl. A magnificent recent addition are pieces from a service made for Maria Leszczyńska, the queen of France and wife of Louis XV. The vessels are decorated with the arms of Poland and France.

The most spectacular object in the collection is a great figurative sculptural group representing the Crucifixion, one of only two surviving examples.
LOG IN
REGISTRATION

Brief descriptions of the collections and selected objects. 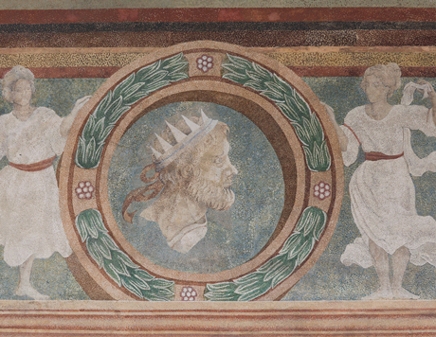