Przejdź do treści
TEMPORARY CHANGES IN THE ORGANISATION OF VISITING

scroll down
The centerpiece of the exhibition Cranach at Wawel is one of the most precious works in Poland: Lucas Cranach the Elder’s Madonna Under the Firs from the Wrocław Archdiocese Museum. It is accompanied by another important picture also associated with the artist and his workshop, Virgin and Child with Dancing Angels, which was recently discovered at the Monastery of the Friars Minor Conventual (Conventual Franciscans) in Krakow. Three paintings from the Wawel Royal Castle collection round out the exhibition: Christ Blessing the Children and George the Bearded (deposit of the Polish Academy of Arts and Sciences, Krakow) by Lucas Cranach the Elder and Portrait of a Young Man by Lucas Cranach the Younger. The works on view are representative of the principal tendencies and stylistic changes in the workshop of Lucas Cranach the Elder. A film about the celebrated painter and the story of the conservation of the works on view complements this intimate exhibition.

Lucas Cranach the Elder is the most important painter of the German Renaissance, second only to Albrecht Dürer. His work greatly influenced the art of Central Europe. The painter and printmaker, who lived from 1472 to 1553, was born in the town of Kronach in Upper Franconia, from which his last name is derived. He began his artistic training under the watchful eye of his father Hans, and continued it most likely in Nuremberg. By 1501 he was in Vienna where the court of Emperor Maximilian I was located; there he encountered the work of the Danube School, which influenced his landscape backgrounds.

In 1505, Cranach became court painter to Frederick III, elector of Saxony (b. 1463–d. 1525), also known as Frederick the Wise. Three years later, Frederick granted him a coat of arms (a crowned winged serpent with a ruby ring), which the artist used as his maker’s and workshop mark. In Wittenberg, where he settled and lived for forty years, he established a large painting and printmaking workshop, and thanks to his business acumen he joined the ranks of the city’s richest citizens. He owned a publishing house, book shop, and paper mill, which allowed him to control the entire production process and therefore make and distribute art prints cheaply. He also owned forested land, a sawmill, and a joiner’s shop, which gave him access to fine materials that he could process at little cost, as well as an apothecary’s shop, which in turn enabled the artist to import pigments at wholesale prices. A prominent and influential citizen, Cranach became a member of the town council and was elected burgomaster. He even entertained King Christian II of Denmark in his home.

Lucas Cranach was a close friend of Martin Luther. He was a witness at Luther’s wedding to Katharina von Bora and the godfather to their firstborn son. Cranach was also close to the humanists of Wittenberg University, especially Philip Melanchthon. Meeting the expectations of his Lutheran friends, he developed new iconographic schemes, which became permanently established in Protestant art. He made hundreds of paintings and prints together with his sons, Hans (1513–1537) and Lucas the Younger (1515–1586), and their numerous collaborators in their prosperous workshop. He spent the last three years of his life in Weimar, where he died at the ripe old age of eighty-one. His son Lucas took over the workshop.

"Madonna Under the Firs"

Lucas Cranach the Elder’s masterpiece Madonna Under the Firs, painted in about 1510, had hung in the Wrocław Cathedral for over four hundred years, but in the early 1900s it was moved to the Cathedral Treasury. The picture’s post-World War II history could easily provide the plot for a suspense thriller: in 1946, clergyman Siegfried Zimmer and Georg Kupke, a conservator who had been working on the painting, made a copy of the Madonna on an old panel and swapped it for the original, which they took to Germany. The swindle was uncovered in the early 1960s by Daniela Stankiewicz, a conservator at the National Museum in Wrocław, when the copy—which was still believed to be the original—was undergoing conservation treatment. The original Cranach had been offered for sale to several museums, but eventually ended up in a private collection. After many years of efforts to recover it, the picture was returned to the Archdiocese Museum in Wrocław in 2012.

"Virgin and Child with Dancing Angels"

The Virgin and Child with Dancing Angels is being exhibited publicly for the first time in its history. The picture was brought from the Monastery of the Friars Minor Conventual to Wawel Royal Castle for conservation early in 2021. Preliminary examination revealed an underdrawing executed with varying pressure producing a line that varies in width. This indicates that the artist made changes to the drawing while he was working on the painting. Changes were made primarily to the hands of the Virgin, while the shift of the final line of the painted composition in relation to the original line of the drawing can be observed in other areas as well, for example on the Virgin’s mouth or the Christ Child’s face. Although examination of the picture is still ongoing, and the final assessment of Cranach’s participation in its creation is still undecided, the Wawel Castle curators and conservators have decided to show the work to the greater public. Head Conservator Dr. hab. Ewa Wiłkojć cleaned the surface of the picture and together with her team stabilized the constituent boards of the panel on the reverse to prevent further degradation.

The last of the three exhibited works with New Testament subjects—Christ Blessing the Children—was painted shortly after 1537. This was an important theme in Reformation iconography as it features humanistic values and brotherly love. The painting is one of Cranach’s most accomplished versions of this composition. It was acquired for the State Art Collection from Bishop Ignacy Dubowski of Wołyń in 1922, and transferred to Wawel Castle six years later. Like the Madonna Under the Firs, it was transported out of Poland at the end of World War II. It was discovered in Vienna and returned to Poland in 1947; in 1968 it came back to Wawel Castle.

The portrait of George the Bearded (1471–1539), elector of Saxony (after 1534), by the elder Cranach and the Portrait of a Young Man (1550) by his son are examples of the mass production of the Wittenberg workshop, which offered portraits in sizes and degrees of quality of execution based on the financial wherewithal of the client. Lucas Cranach the Younger’s portraits are distinguished by relatively stiff poses, delicate, finely painted hair, a cooler and lighter color palette, emerald blue backgrounds, and smooth surfaces.
The exhibition of these pictures by sixteenth-century German Old Master Lucas Cranach the Elder at Wawel, a castle famous for its Renaissance architecture, is no accident. George the Bearded was married to Barbara, the daughter of Casimir IV Jagiellon, king of Poland and Grand Duke of Lithuania and Elizabeth of Austria. According to one art historian, this picture was in the original royal picture collection at Wawel Castle. Sigismund II Augustus, king of Poland and grand duke of Lithuania, commissioned, through the mediation of his cousin, Albrecht Hohenzollern, portraits of Saxon elector John Frederick I, his wife Sibylle of Cleves, and their three sons, as well as a likeness of Ernest I of Brunswick-Lüneburg for the gallery of illustrious personages at Vilnius castle. Among the best-known extant portraits of the Jagiellons is a set of ten small pictures painted on metal in the Princes Czartoryski Museum. They were painted in 1556 and signed Lucas Cranach the Younger. Other paintings associated with the circle of Lucas Cranach the Elder are found in church collections in Krakow, among others in the Church of Corpus Christi and in the museum of the Congregation of the Mission in the Stradom district of Krakow (the picture was formerly at Wawel Cathedral).

The Wawel exhibition opens the day before the 550th anniversary of the birth of Albrecht Dürer (b. May 21, 1471), whose brother Hans designed, and painted in part, a frieze in one of the rooms on the second floor of Wawel Castle. Known as the “tournament” frieze, it was largely based on prints by Lucas Cranach the Elder. The exhibition closes at the end of October, ahead of the 550th anniversary of the birth of Lucas Cranach the Elder, who was just one year younger than Dürer. Consequently, the two most prominent German artistic dynasties of the Renaissance are symbolically united at Wawel Royal Castle.

SPECIAL OFFER | An Evening at the Castle 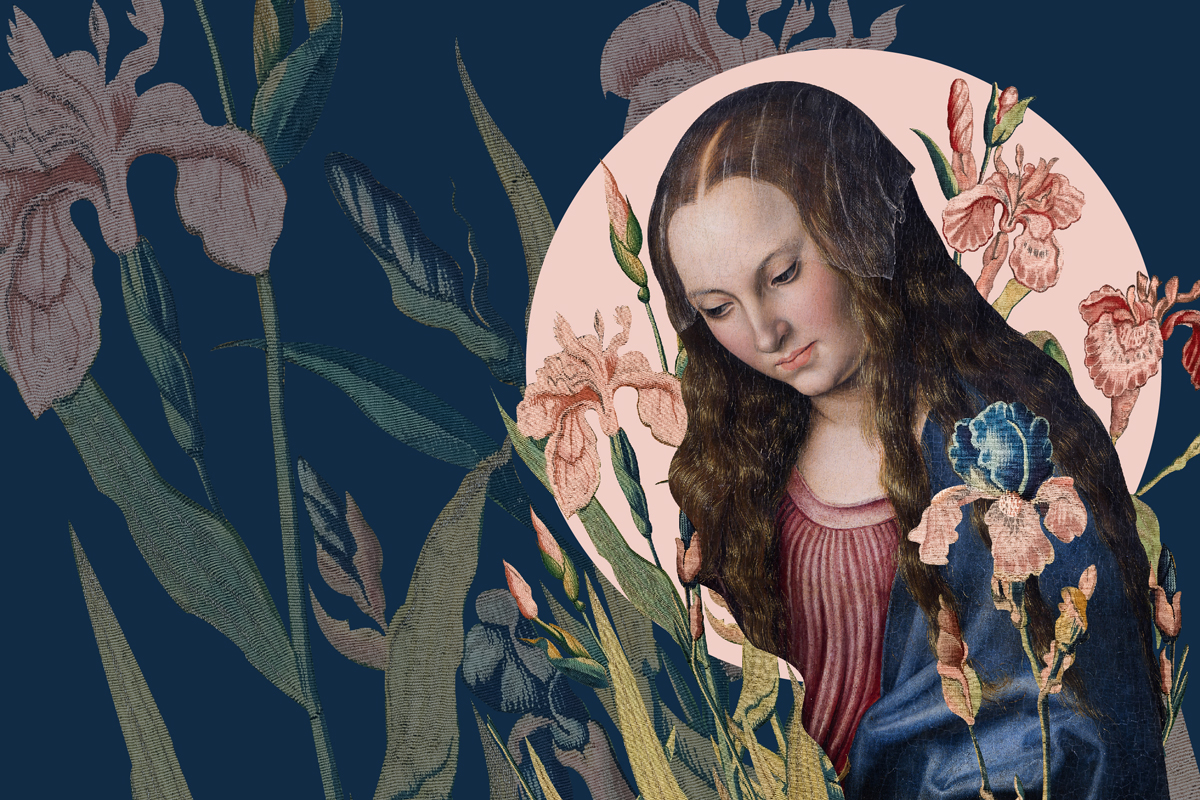 → multimedia display in the Arcaded Courtyard – an exciting presentation of the breathtaking history of the tapestries of Sigismund II Augustus
→ new acquisitions display in the Crown Treasury (Sala Kazimierzowska),
→ new exhibition "Cranach at Wawel"
→ first floorof the exhibition "All the King's Tapestries. Homecomings: 2021–1961–1921"
LOG IN
REGISTRATION